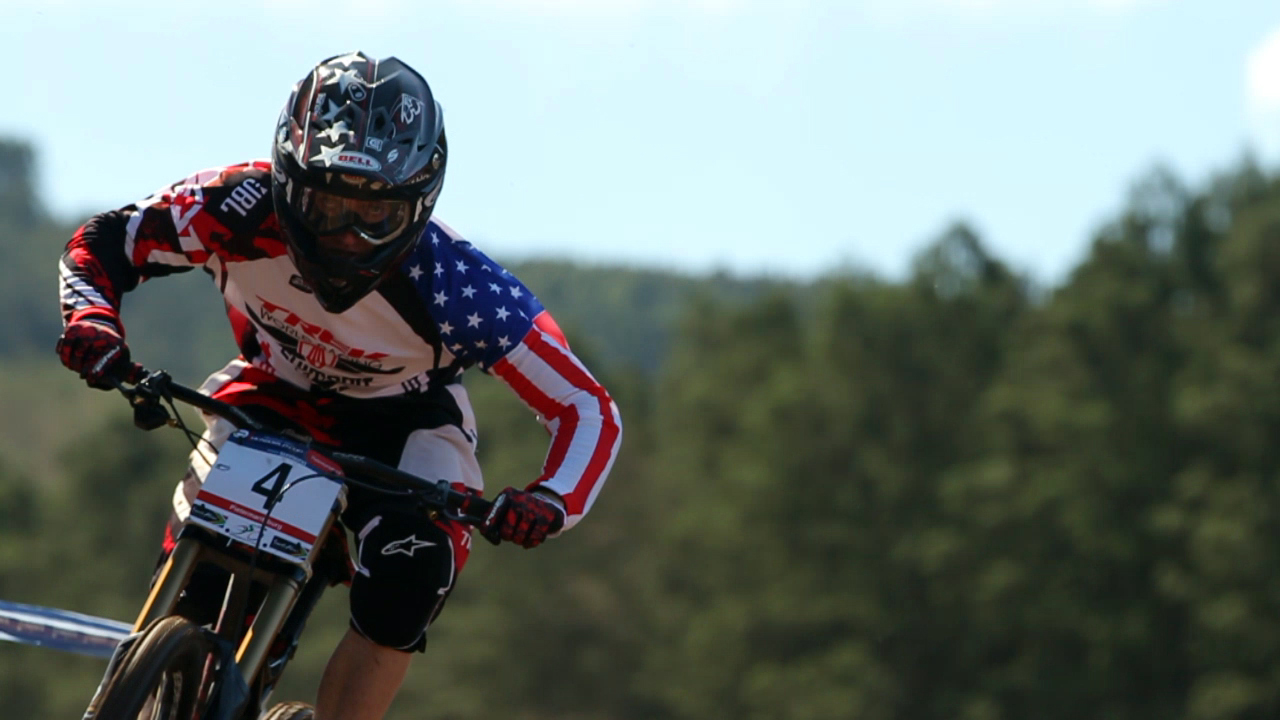 Specialized is pleased to announce the signing of Aaron Gwin to the 2013 Specialized DH program. Aaron will be supported with frames and tires. He will be joining teammates Troy Brosnan and Mitch Ropelato.

I’m super excited to start this new chapter in my career with Specialized bicycles. The entire Specialized staff has welcomed me with open arms and I’m blown away by the level of support they’ve shown me. This is my dream program and I can’t thank them enough for this opportunity. Bring on 2013!” – Aaron Gwin

“The combination of Aaron Gwin and the Specialized brand have an American storyline written all over it that was always meant to be. Aaron will not only bring another element to the program, but it’ll be amazing watching this trio ripping down the tracks together. We can’t wait to get started with this new exciting opportunity and look forward to the season ahead.” – Sean Heimdal, Team Manager

“I’m stoked to have a new teammate this year, it will be a fresh start and I will be able to learn a lot of things from Aaron. The season starts late this year and will give everyone time to get to know each other and do testing on the Bike. I cannot wait to work together and smash out runs!” – Troy Brosnan

“We are really excited to have Aaron on board. He has a lot of interest in product development, advocacy, junior development, and so do we. We are looking forward to a very successful future together.” – Geoff Rogers, Specialized Sports Marketing

About Specialized: Specialized Bicycle Components was founded in 1974 by riders for riders. Based in Northern California, we focus on the rider’s need for functional and technically advanced products that provide a performance benefit.

Statement on Aaron Gwin
The last several weeks have been a very difficult period for our company as owners of the Trek World Racing program. Despite the fact that on August 9 of last year, Aaron Gwin signed a legally binding Letter Of Intent with our team for the next three seasons, his agent wrote an email to the team in mid-December stating he had decided to race for another bike brand. Mr Gwin confirmed his agreement with our team in public statements, and he and his agent repeatedly confirmed the existence of, and commitment to, the agreement in written correspondence with us. Yet, only weeks before the team was required to submit the official team roster to UCI, Mr Gwin informed the team that he was abandoning TWR in total disregard of his contractual obligations.

The team reached out on several occasions in December in order to try and remedy whatever concerns Mr Gwin had, but these were ignored until the team received a letter from his Attorneys on December 27 stating he would not ride for our team. In the interests of the team and our sponsors, we are actively pursuing all options open to us at this point, including legal action, and remain completely surprised by Mr Gwin’s unprofessional actions.

Team Director Martin Whiteley says: “This has not been an easy time for us. In the bigger picture however I find positivity in the fact that the Trek World Racing program will continue regardless of the outcome of this dispute, as no single rider is bigger than the team as a whole. Every rider who has been on our Downhill program has had the best years of their career with us, and we will continue to bring on talented riders. The team has a history of helping riders win who had not previously won, including Aaron Gwin. It’s our intention to continue that type of record with new talent. I would personally like to acknowledge the complete support and loyalty we’ve received from our title sponsor Trek Bikes who have been unwavering in their commitment to the program since this news broke. In the interests of the fans, we hope this matter will be resolved sooner rather than later”. – Martin Whitley